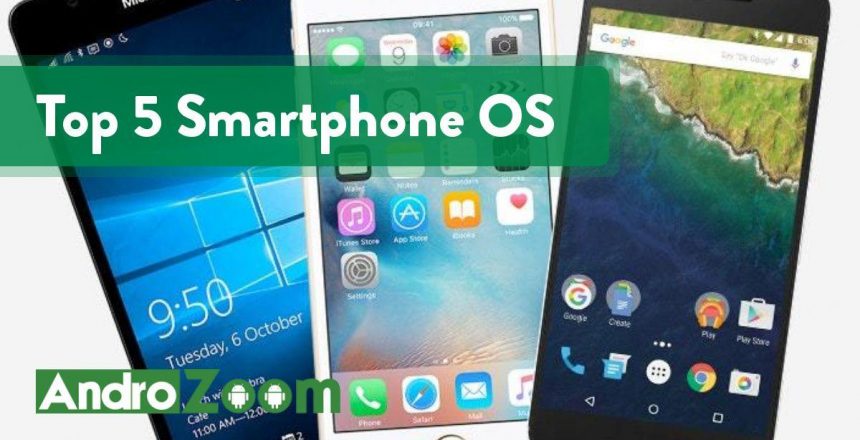 Your phone is only as good as its operating system, and a bad OS can turn a great phone into a paperweight. As you can see by comparing Windows Phone with Android Phone, there are vast differences in smartphone operating systems when key features are compared. Personal preference and OS familiarity are also a determining factor, but sometimes going with the flow means you’ll get more from your phone and OS over the long haul than going against the grain and using something like Ubuntu. Other times you might actually do better with something different. That’s why we will discuses about Top 5 Smartphone Operating Systems.

Android OS is the leading smartphone operating systems in present days. We all know Google is the largest advertising and data collection company in the world. They do this through their near monopoly on search engines, and building an OS was a natural next step. Unfortunately, those steps have been at best faltering. There are hundreds of different Android OS builds, and every time they update their OS, there are major differences in functionality. Things that work one way on one version of the OS or a given device are not guaranteed to work the same way on others. This is why companies like Samsung have dominated the Android space, as their version of Android is one of the most uniform and usable. Google has their own Nexus line of devices too, but they are the only devices on the market that aren’t heavily modified or stuffed with bloat ware by phone manufacturers or mobile operators. Android is still a mixed bag, and while it’s mostly good, there are a few nasty things in there too. Though some says Android is the Best Smartphone Operating Systems ever created.

The leader of the pack, Apple’s iOS, currently in version 11, is the granddaddy of all modern smartphone operating systems. Others might argue that the honours would go to Palm or Symbian, but they did little more than emulate existing desktop functionality. Apple’s iOS broke new ground, and completely changed the industry. In fact, they continue to move and shake things, bringing large numbers of competing functions into a single cohesive package. There is currently no better OS for those who are not tech savvy, or aren’t interested in worrying about ‘bad’ apps on the App Store. Also, when it comes to flagship devices, there are no equals to what Apple puts out too. They don’t have the best of everything, but what they do have simply works, and does so better than anything else on the market.

There was a time when BlackBerry dominated the market. There was nothing like their OS, It was the Best Smartphone Operating System and owning a BlackBerry device was both an asset to conducting business or having secure communications, and a status symbol. Unfortunately they failed to innovate, and that lack of innovation, much like what happened to Nokia, almost killed them. Their greatest recent achievement has been with BlackBerry 10 and the new Passport phone release, which brings Android apps to BlackBerry. The question is whether it is too little too late. New sales of the BlackBerry Passport were record breaking, all things considered, with the device repeatedly selling out in a number of locations. It’s widely used by business people, doctors, lawyers, and politicians, but that’s still a niche market. Whether BlackBerry has enough push to get over the hump and back into the game as a real competitor to the Android and Apple giants remains to be seen.

The Unix / Ubuntu operating system is the oldest and most widely used OS in the world. It is the foundation on which almost every other phone or PC technology has been build, and is now available for mobile phones. It’s a stand alone OS, Ubuntu OS is the most secure Smartphone Operating System and not an Android skin, like many other ‘new’ OS ports are. It’s also set to eventually power PCs as well, letting users dock their phones to a PC and use the phone OS to power their computers. Nothing short of ground breaking, this OS will be an interesting one to watch as it enters the market. Currently the Ubuntu Mobile OS targets developing markets, but it’s available for anyone to download and use. For those who know their stuff, it’s an interesting and powerful alternative to Android, offering the same customizability, with an added list of features unique to Ubuntu. Where it goes remains to be seen, but it’s something to keep an eye on.

Once upon a time, Windows dominated almost everything. Then they missed the ball on mobile, and their empire started to crumble. People got tired of fumbling through the never-ending stream of Windows bugs and problems that are a hallmark of everything Microsoft has ever produced. Late to the game, and surprisingly outclassed and outpaced by Apple smartphone operating system, Windows has been struggling. Windows OS One Of The Good Smartphone Operating Systems

Their OS is imperfect, and plagued with typical Windows issues. Though it is steadily improving, they haven’t yet caught up to Apple, but promises for Windows 10, which will skip from the current 8.1 version, will supposedly bring a unified operating system to the market. Unfortunately for Windows, this will be about a year after Apple completed the same feat. Windows has a lot of ground to cover, and while their acquisition of Nokia is a good thing for them, the OS is not yet widely adopted or used by many.

A good phone OS is worth it’s weight in gold, and is a compliment to a good phone. Unfortunately, many mobile users find they have a device that will only work with a particular OS, and as a result they never look outside of the walled garden their phones are locked in. If you truly want to see what else is out there, stop by a mobile shop, and check out the other smartphone operating systems you could be using. You might be surprised, and even consider jumping the fence to try something new.

Thanks you reading Top 5 Smartphone Operating Systems. If you have any question or opinion fill free and let us know by your comment. 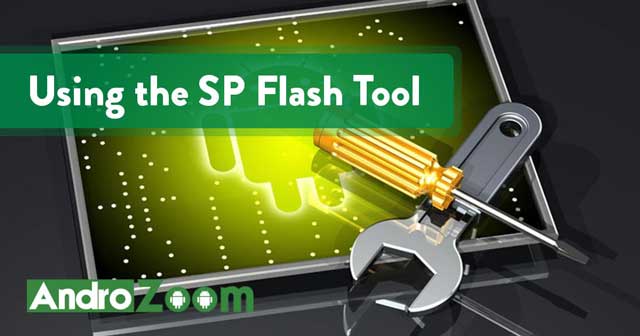 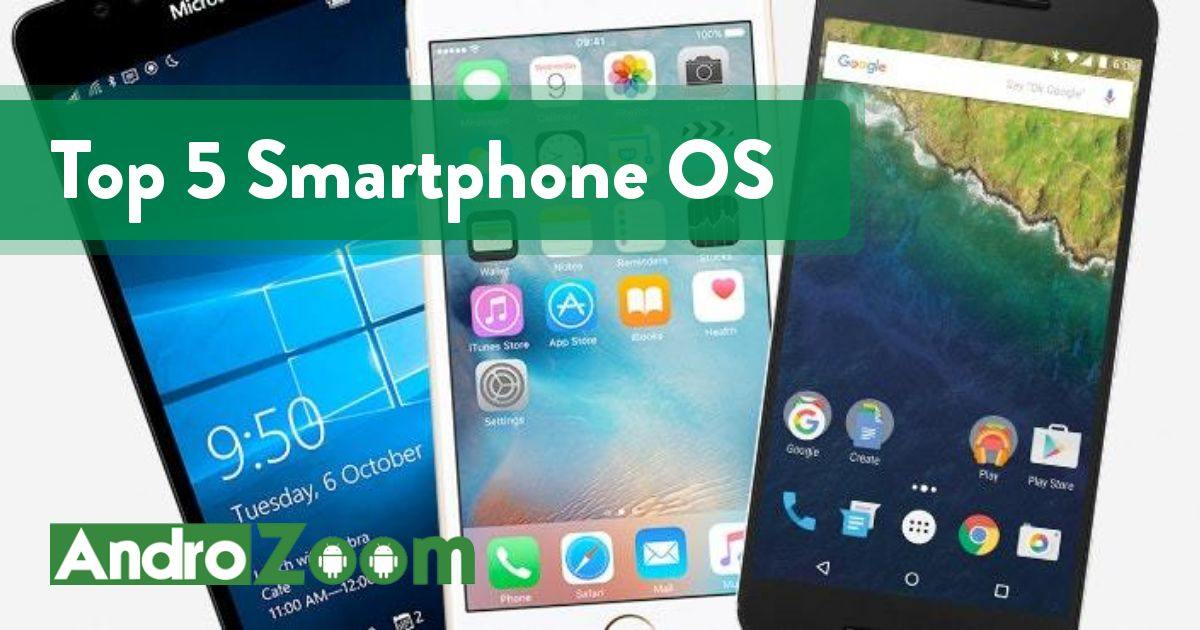 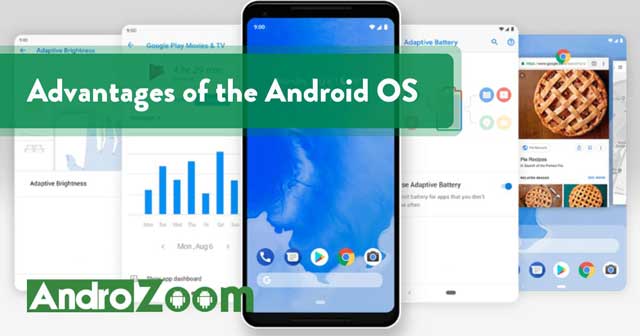 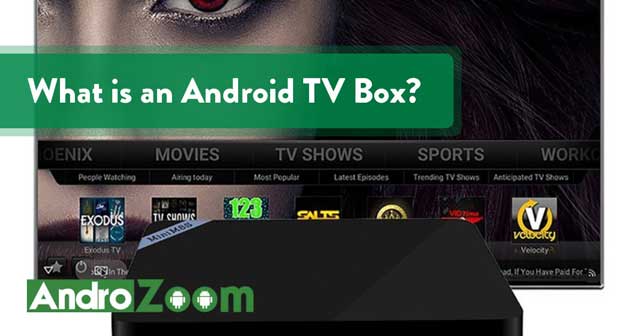 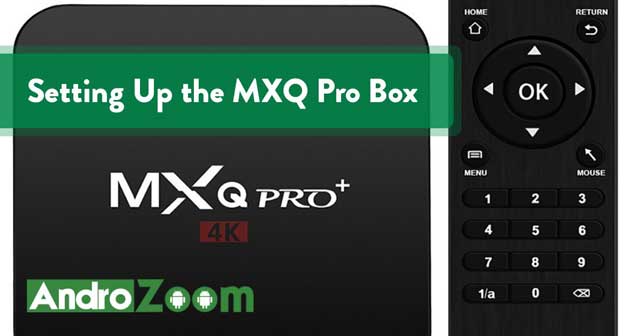 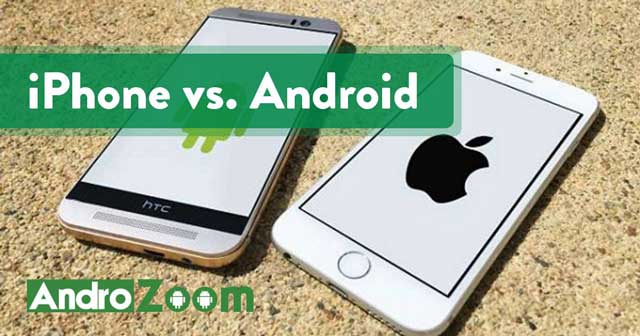